The Supernatural Editor allows level editors ("mappers") to create beatmaps to songs for Supernatural workouts. I was the only designer working on the Editor, jumping on board after engineering had built the first working iteration.

This is the existing interface that I inherited from engineering as they built this to get a level editor off the ground. It functioned, but was hard to teach to the folks we were hiring to make maps, especially those who were also new to VR. 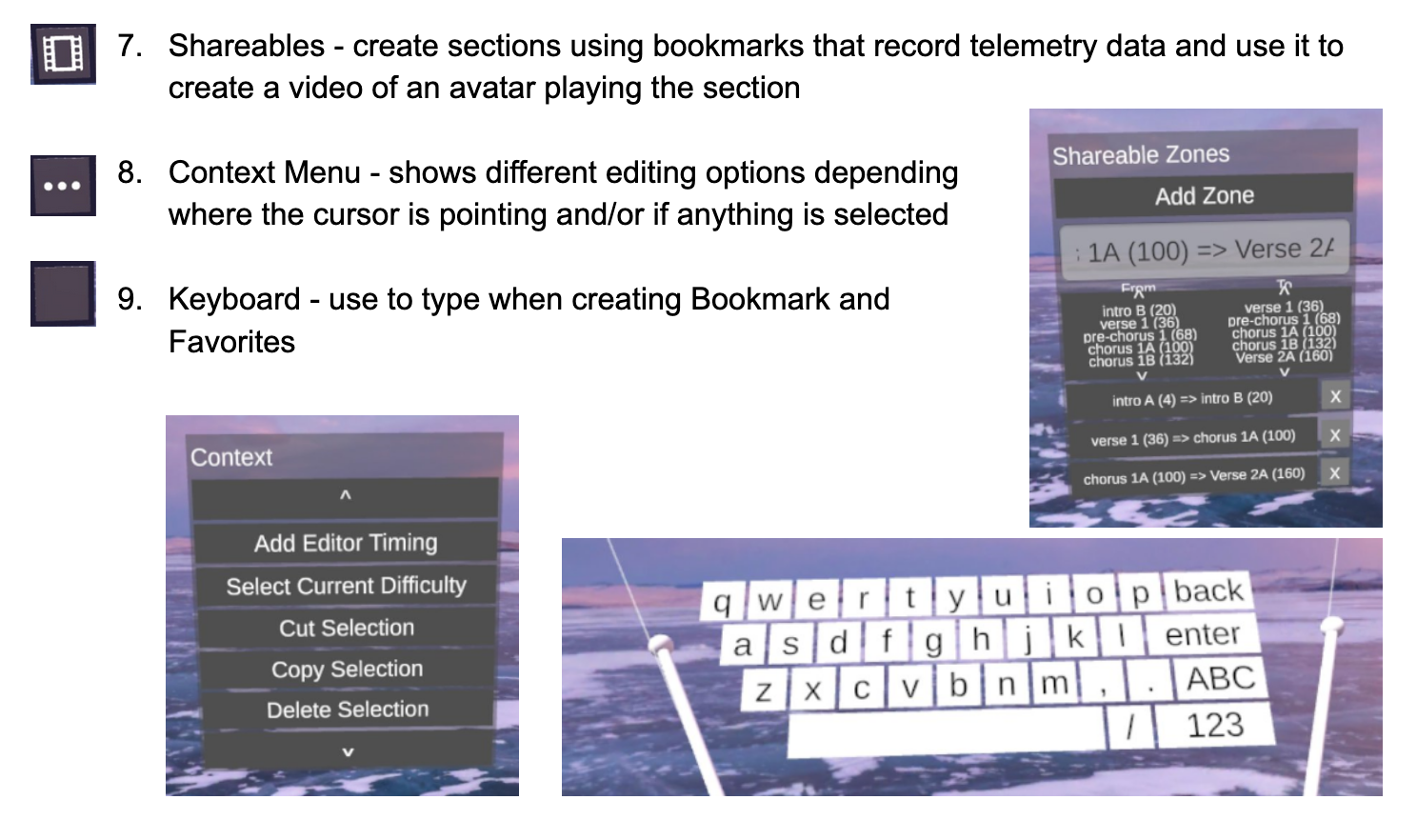 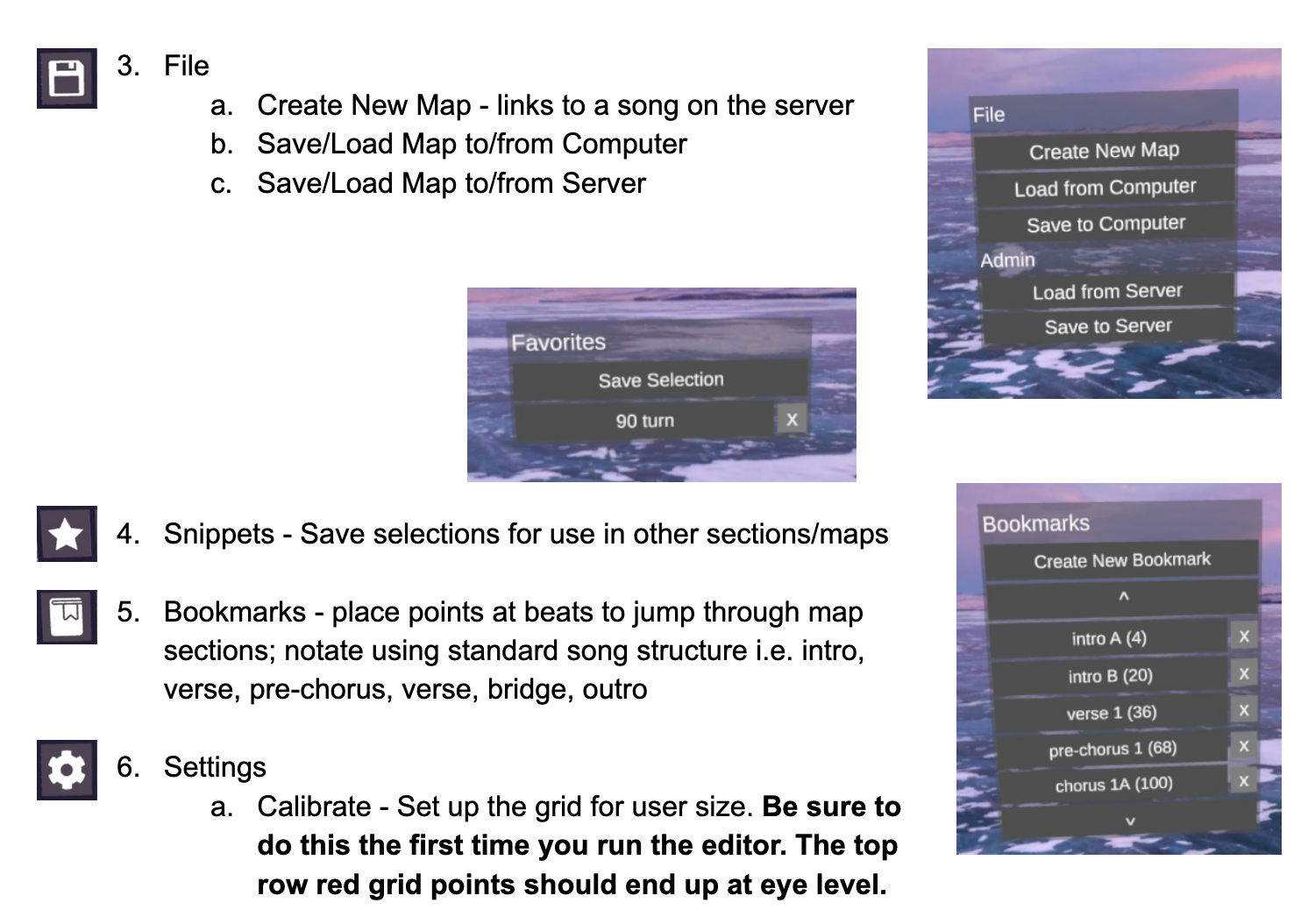 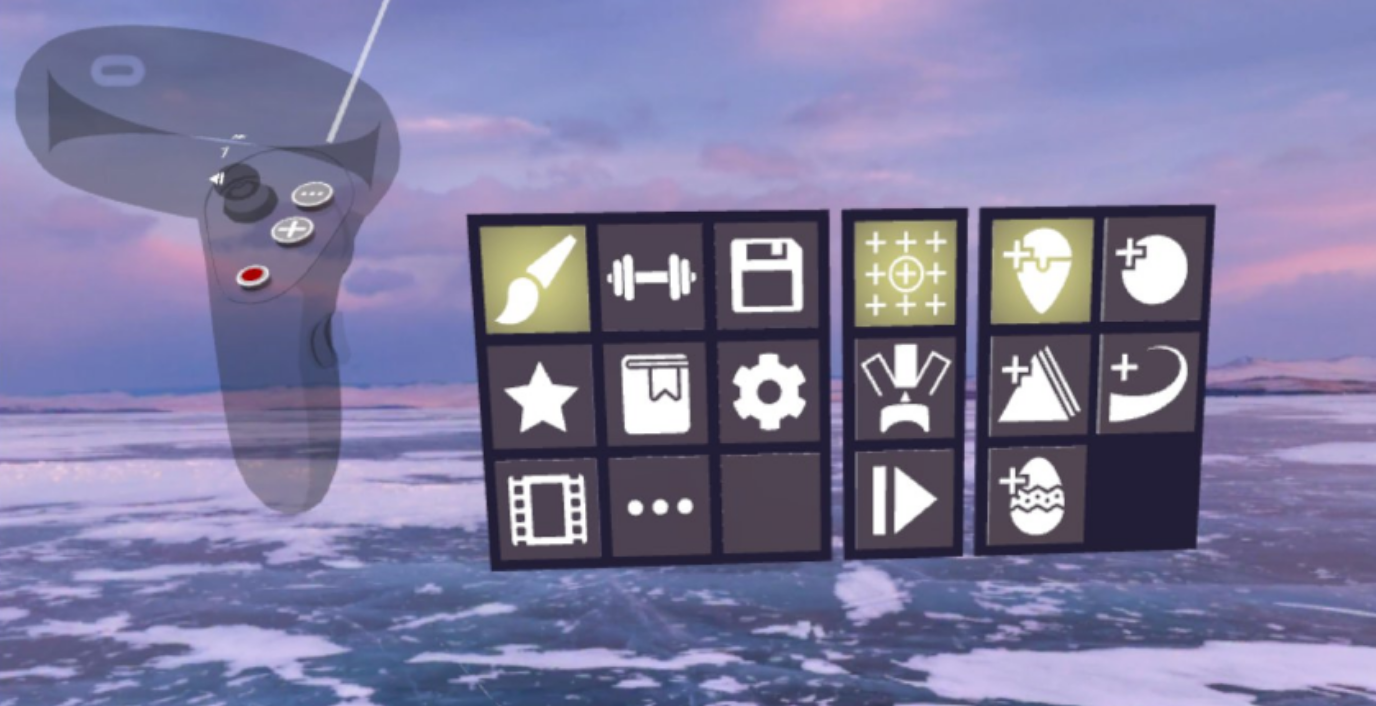 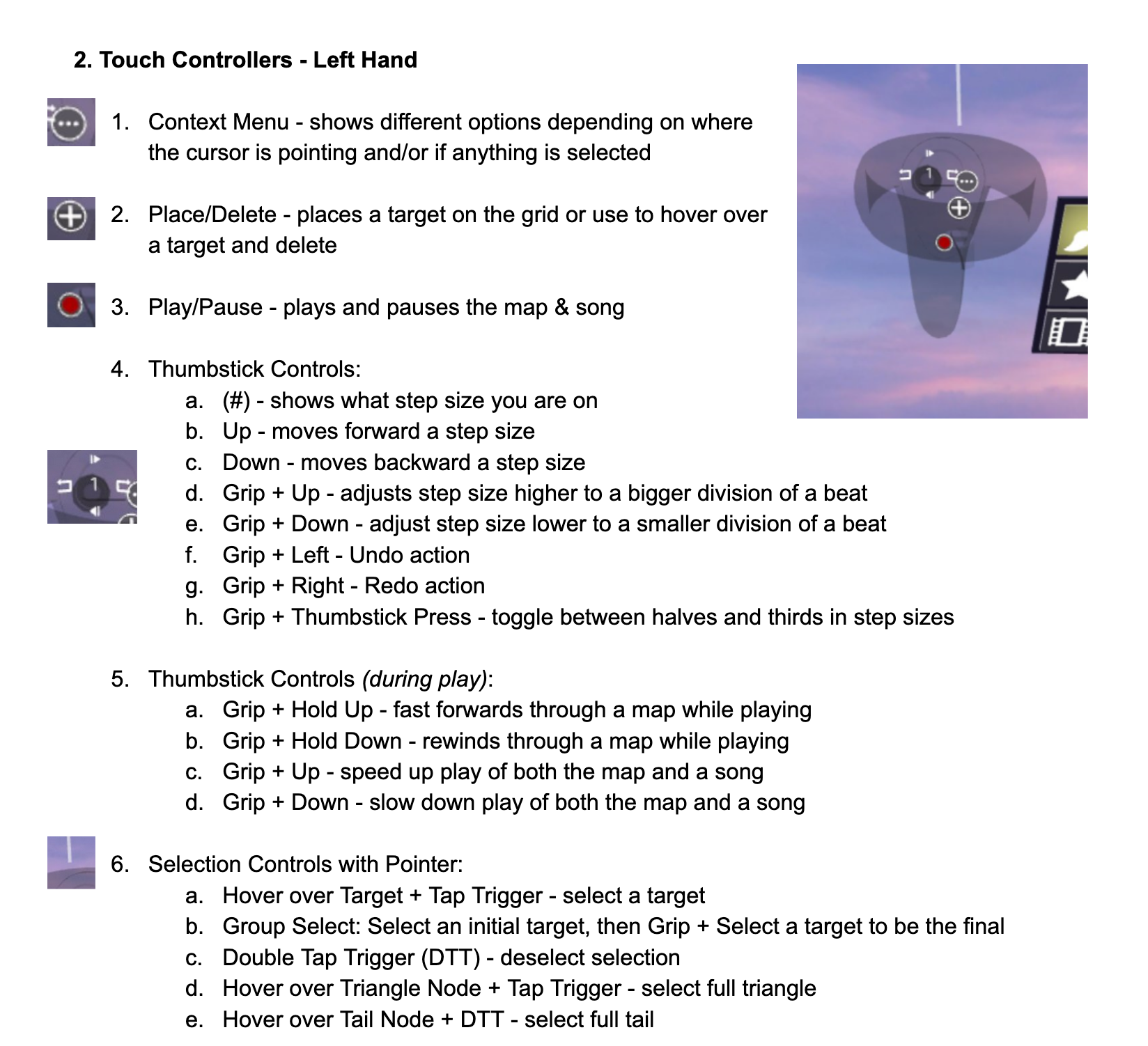 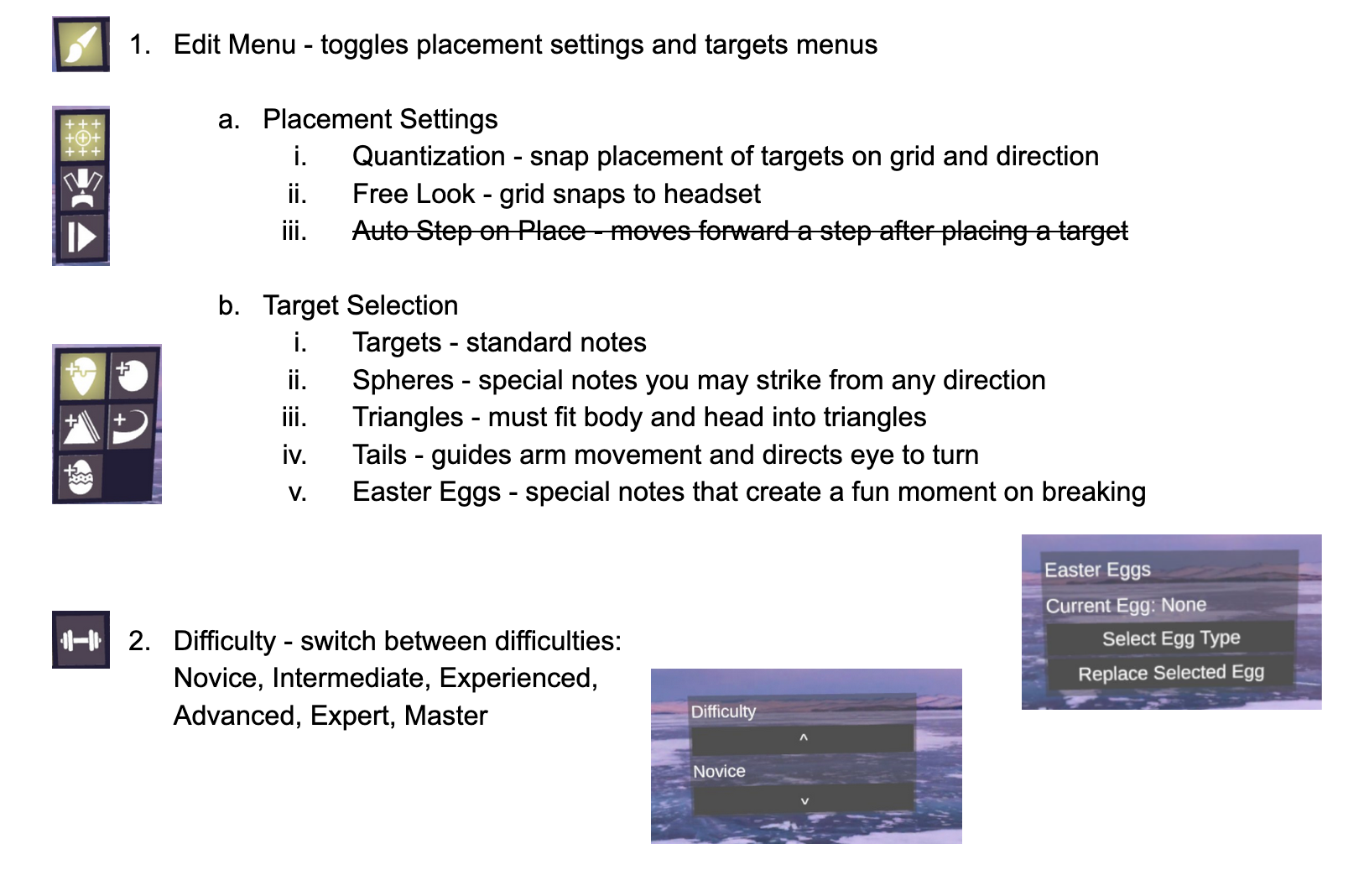 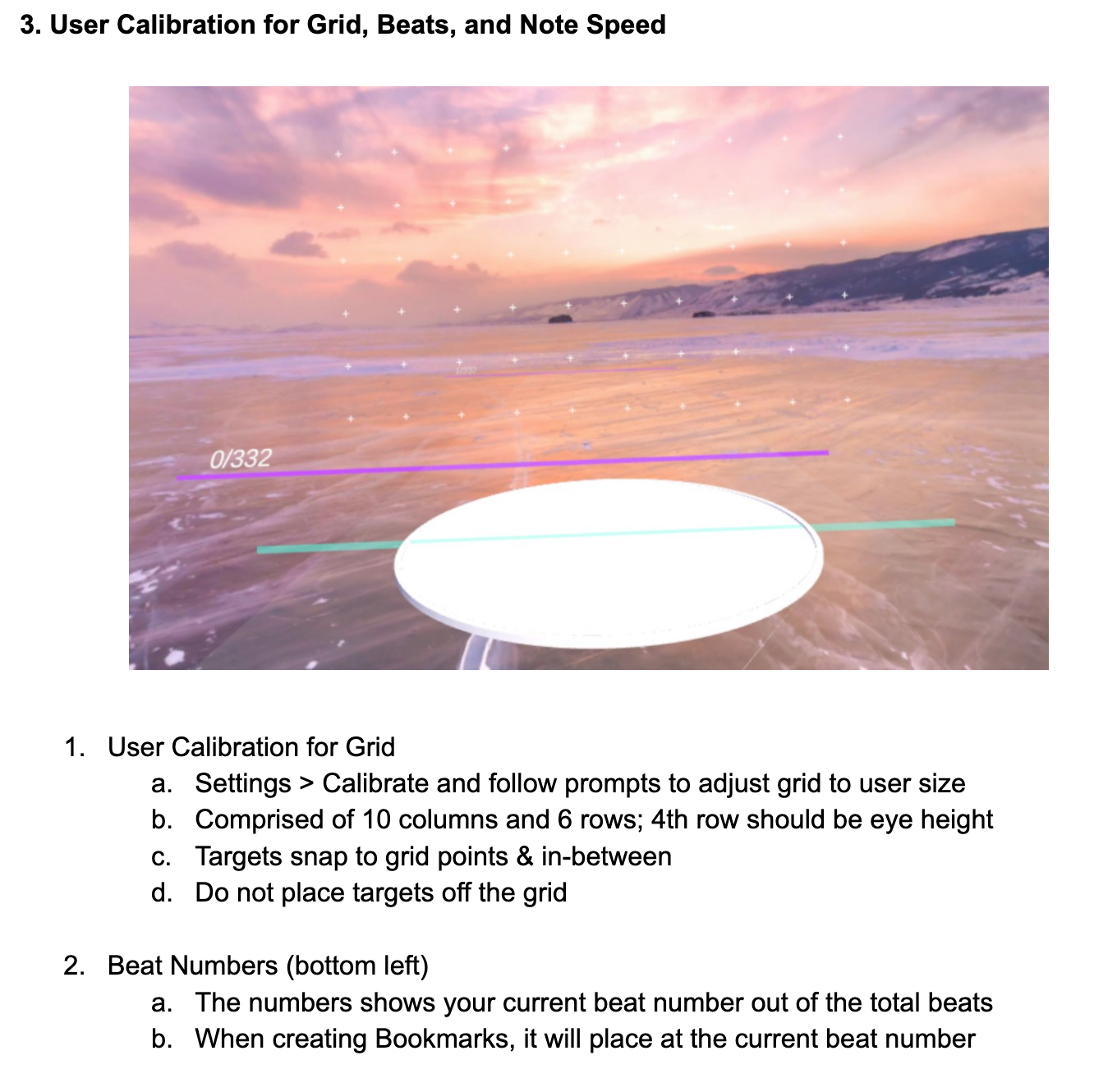 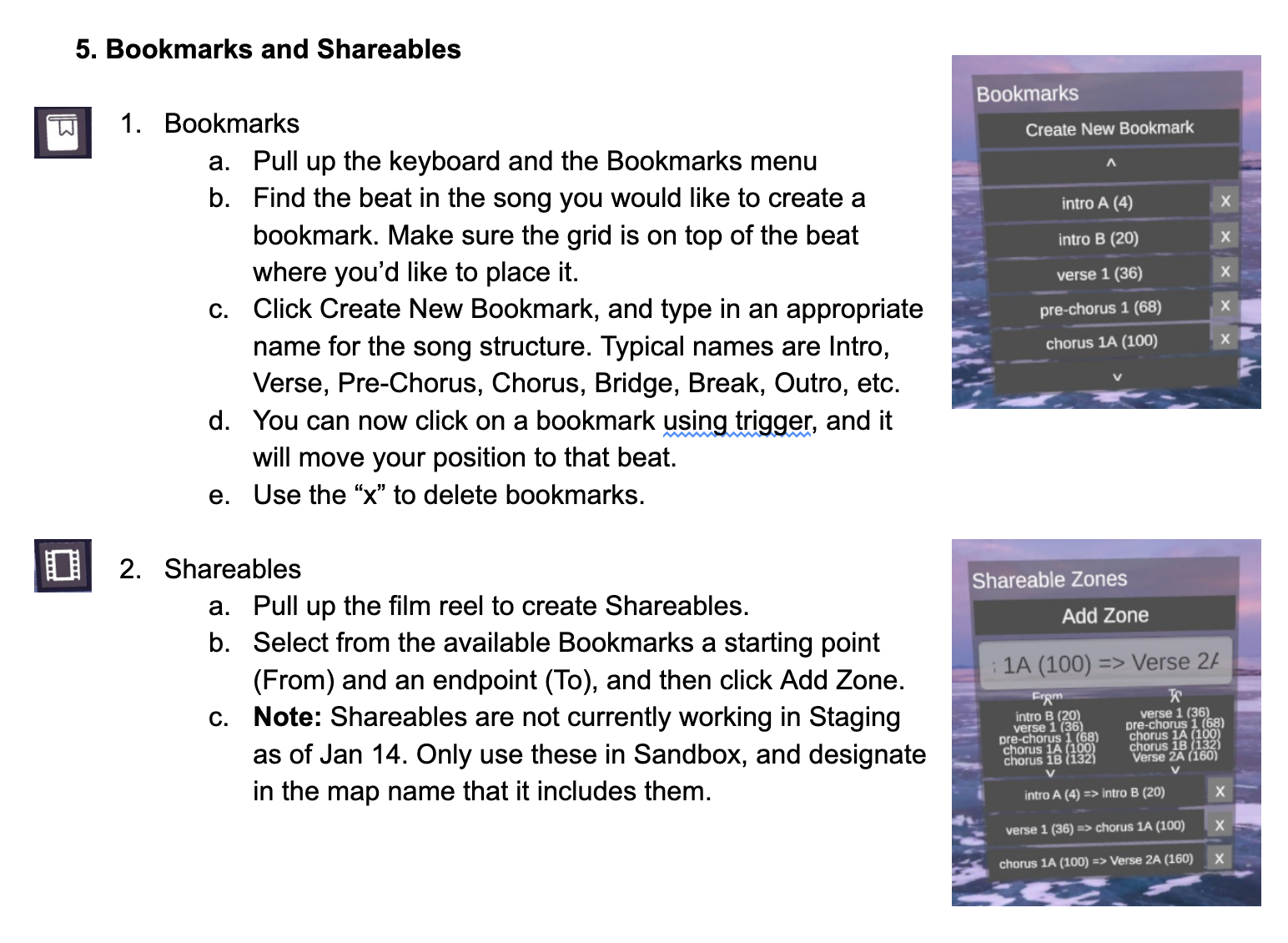 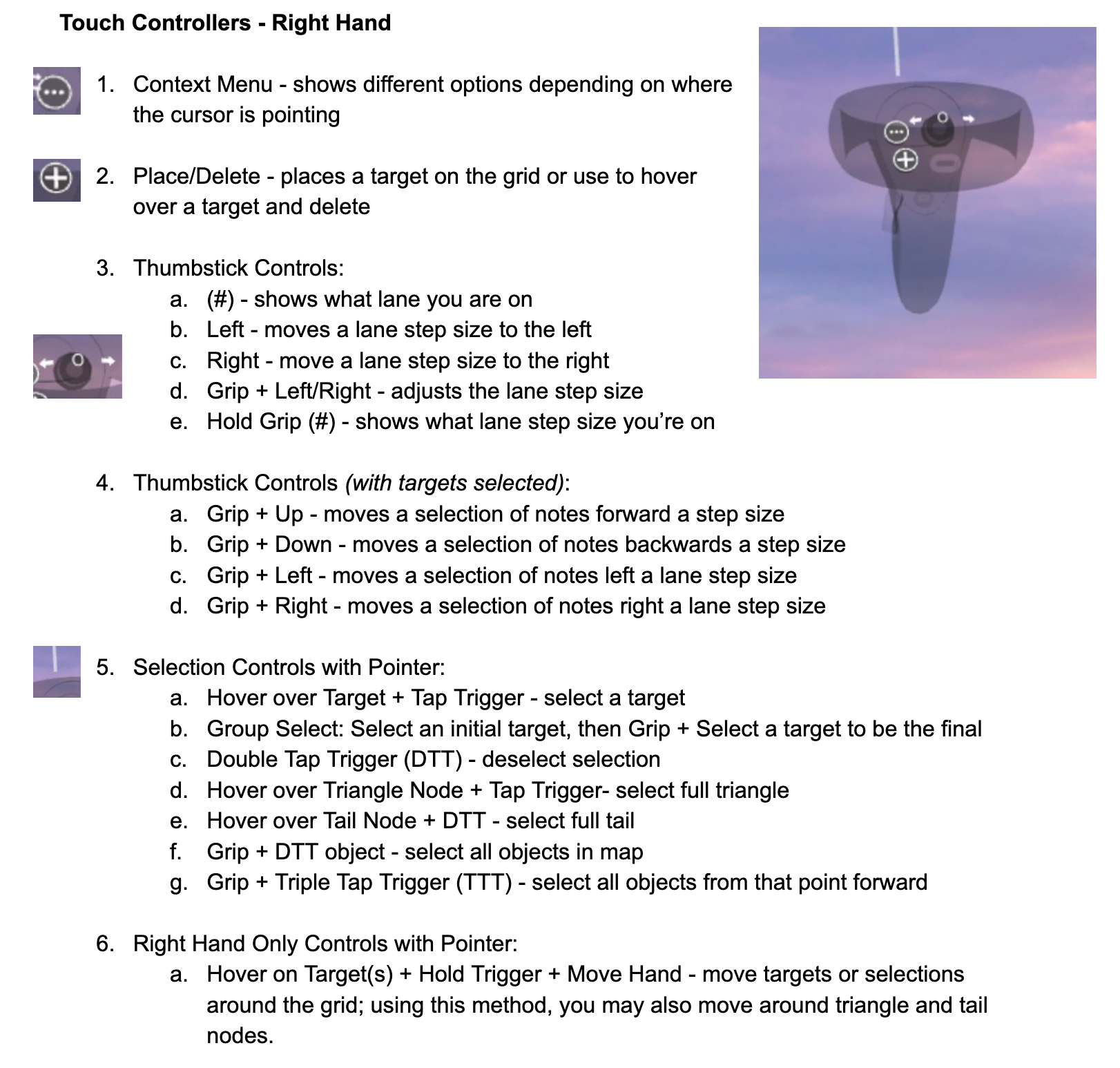 My main work on the Editor has been to add needed functionality on top of the existing structure of the Editor that was created by engineering. 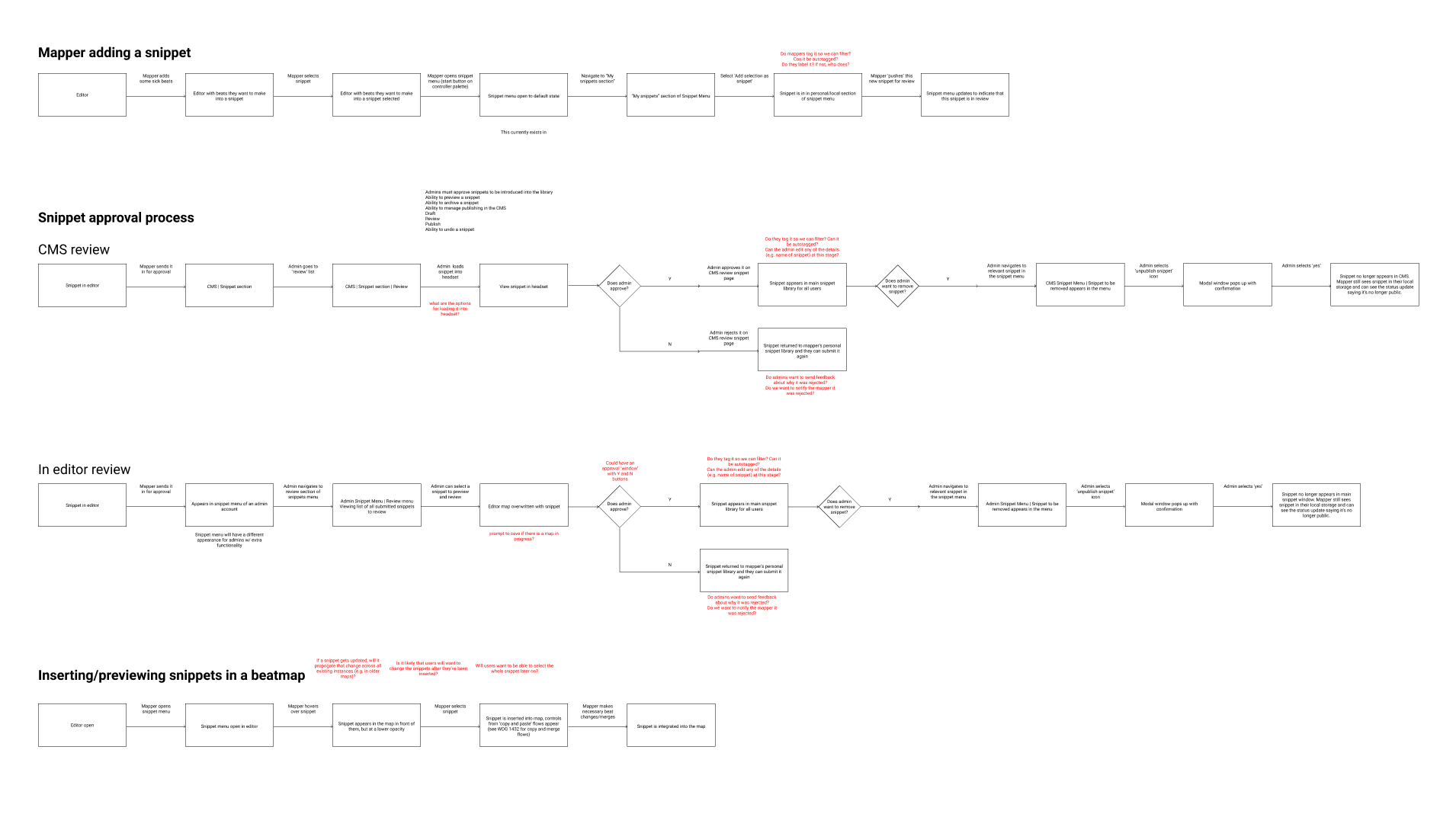 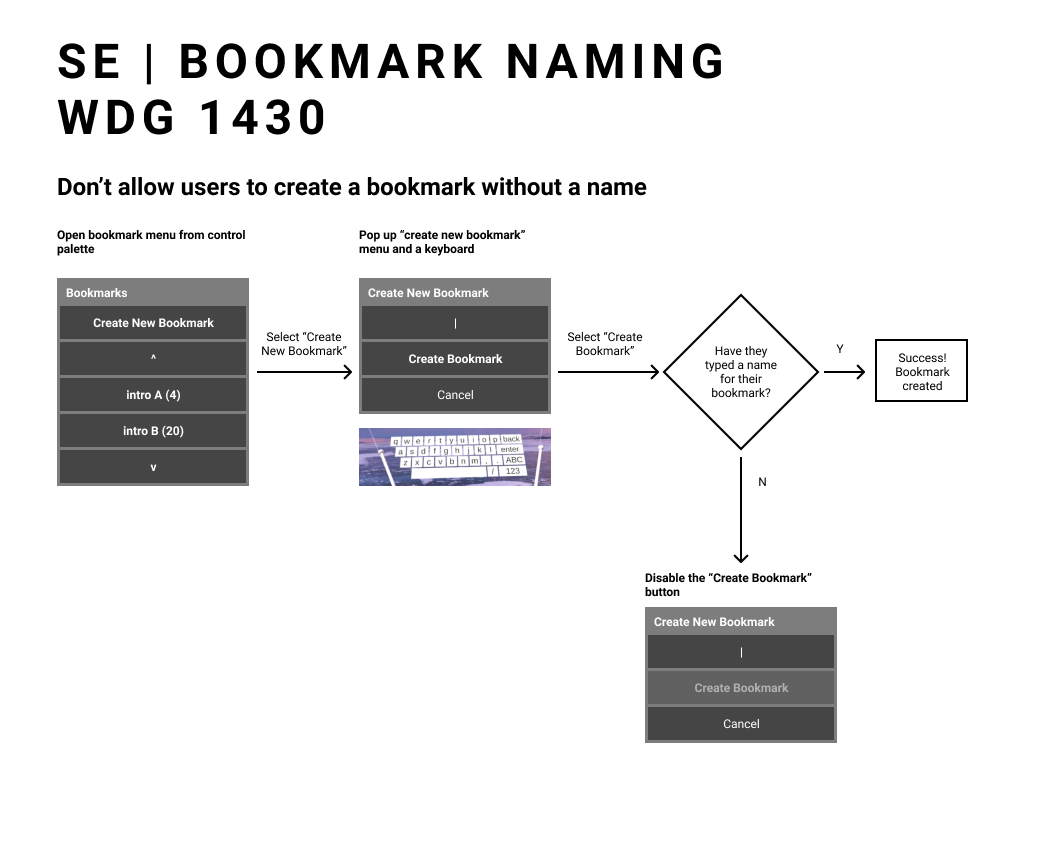 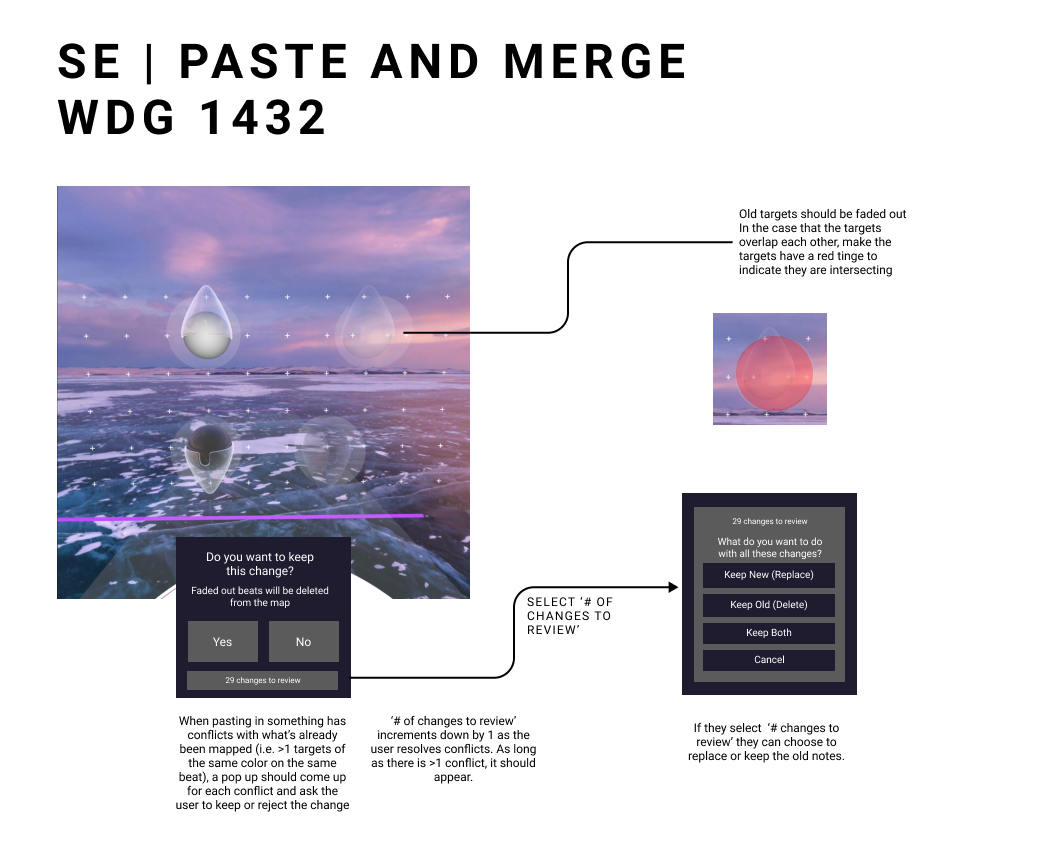 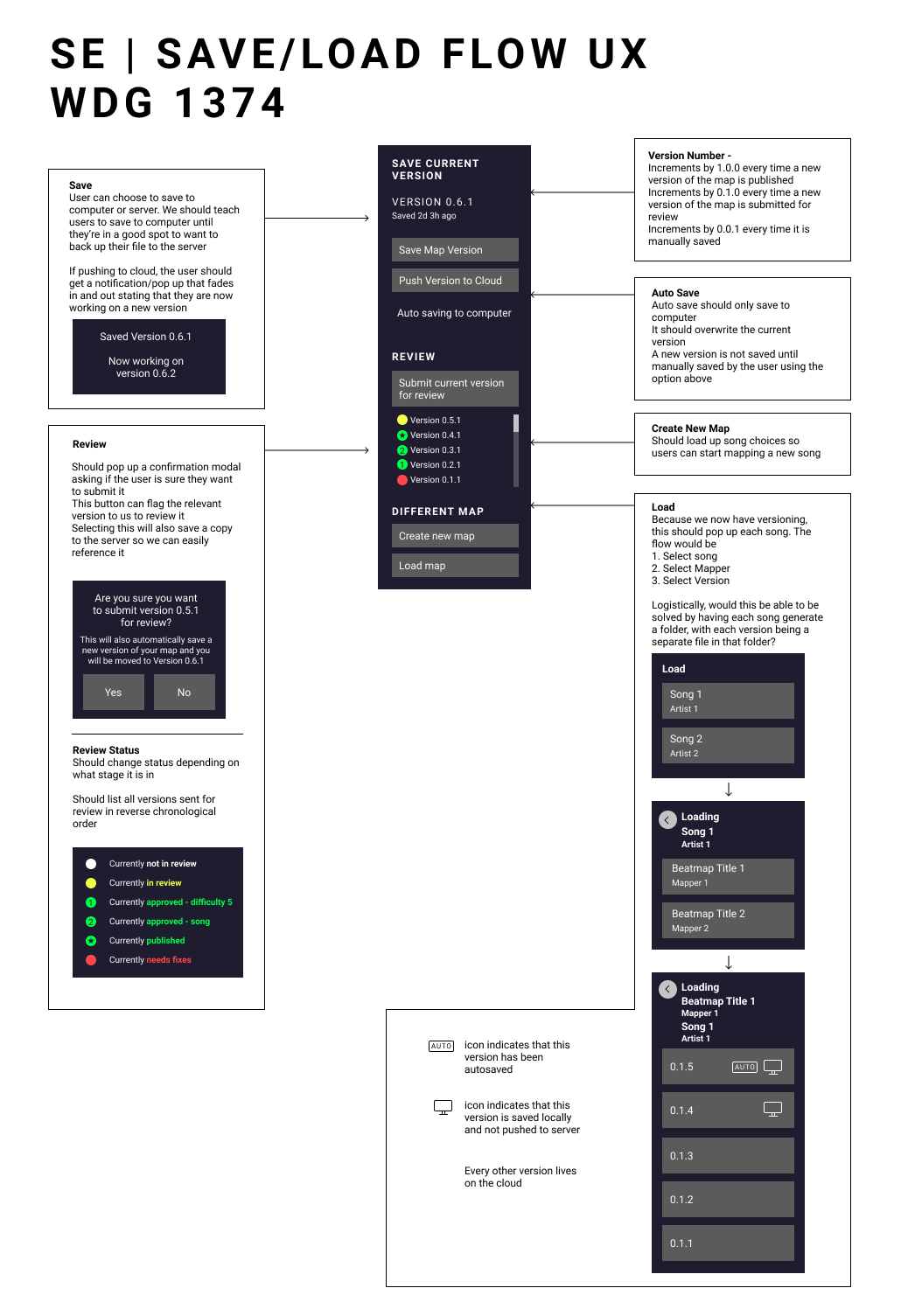 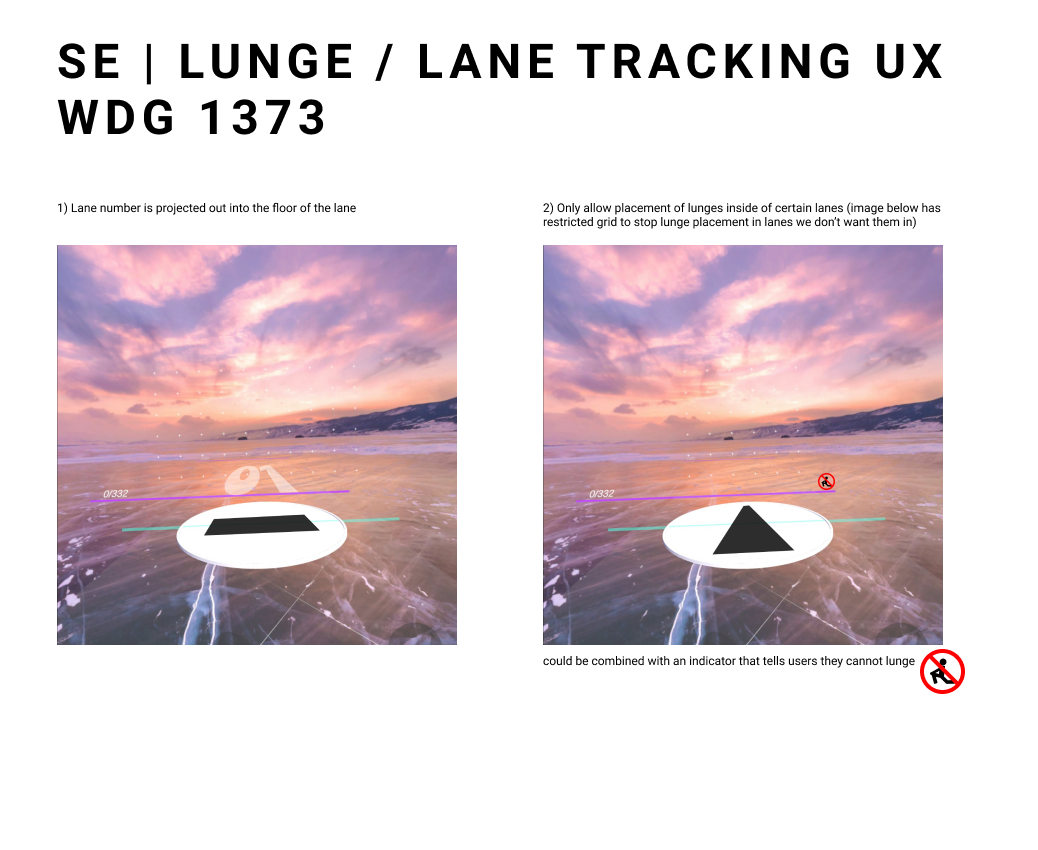 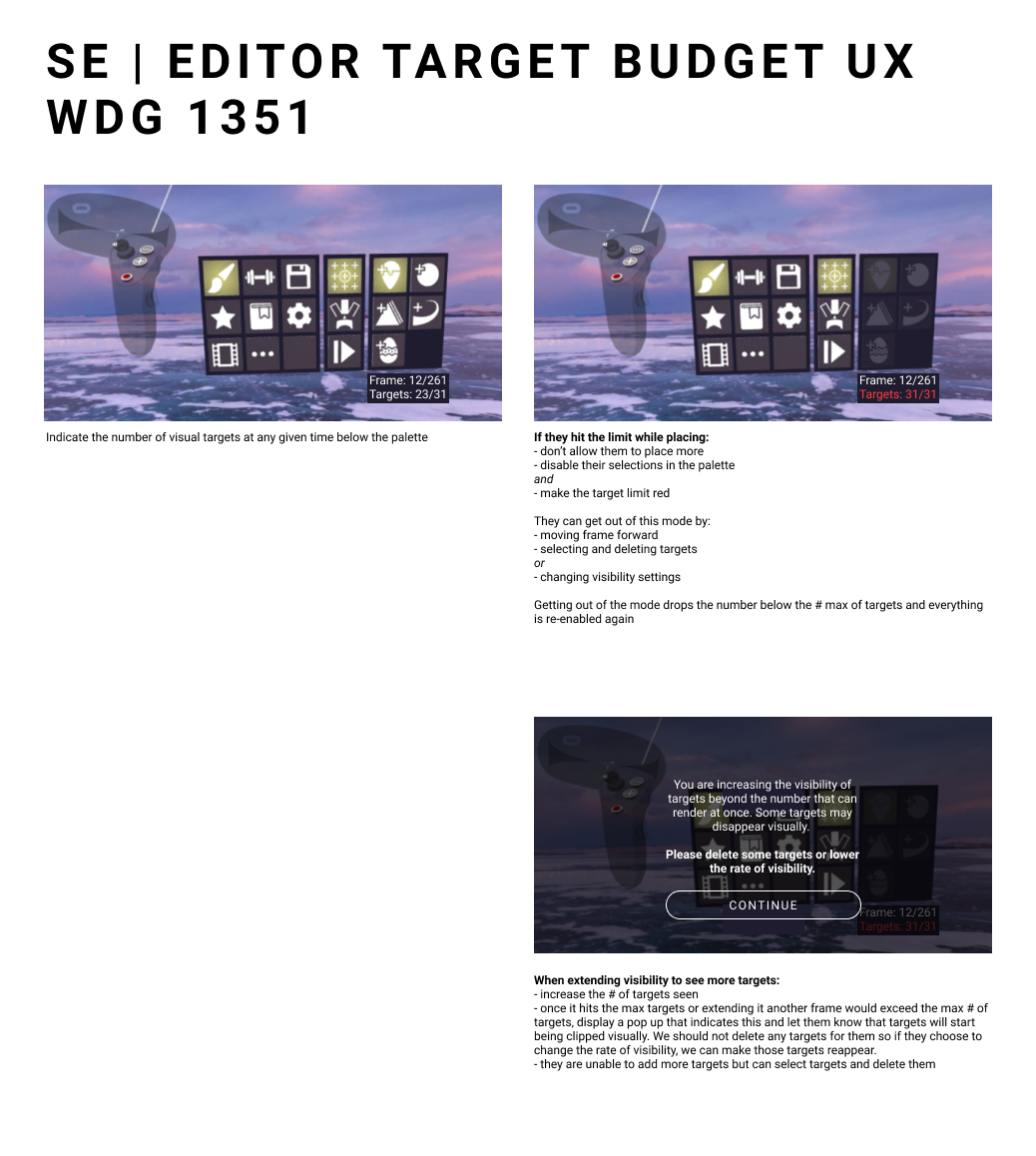 This is a more long-term view of the Editor that has not been implemented yet, due to adding key features being more of a priority in the short term.

This UX overhaul started by sorting different functions of the editor into similar groups, then putting functions that are less used out into the environment, while leaving only the most used functions attached to the user's controllers. 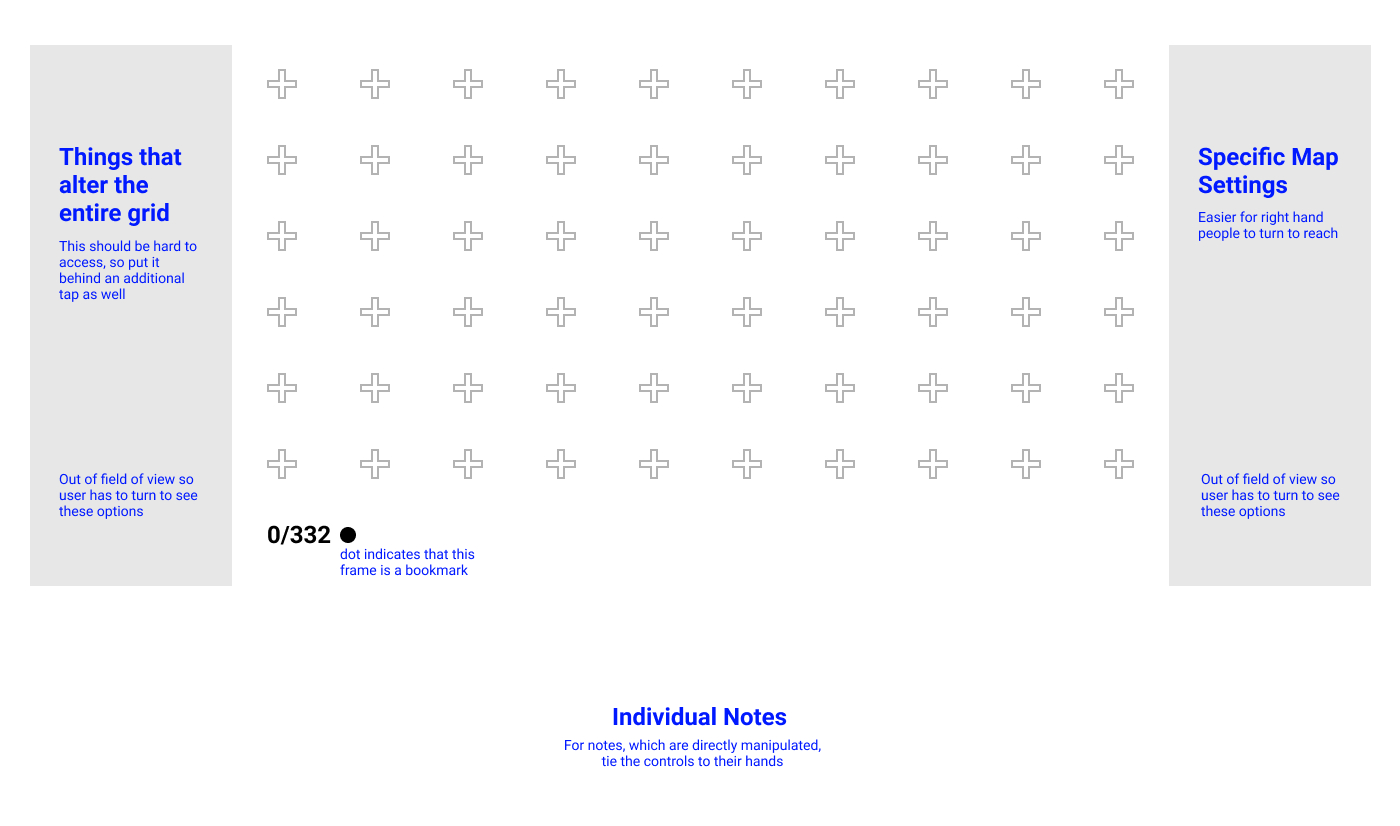 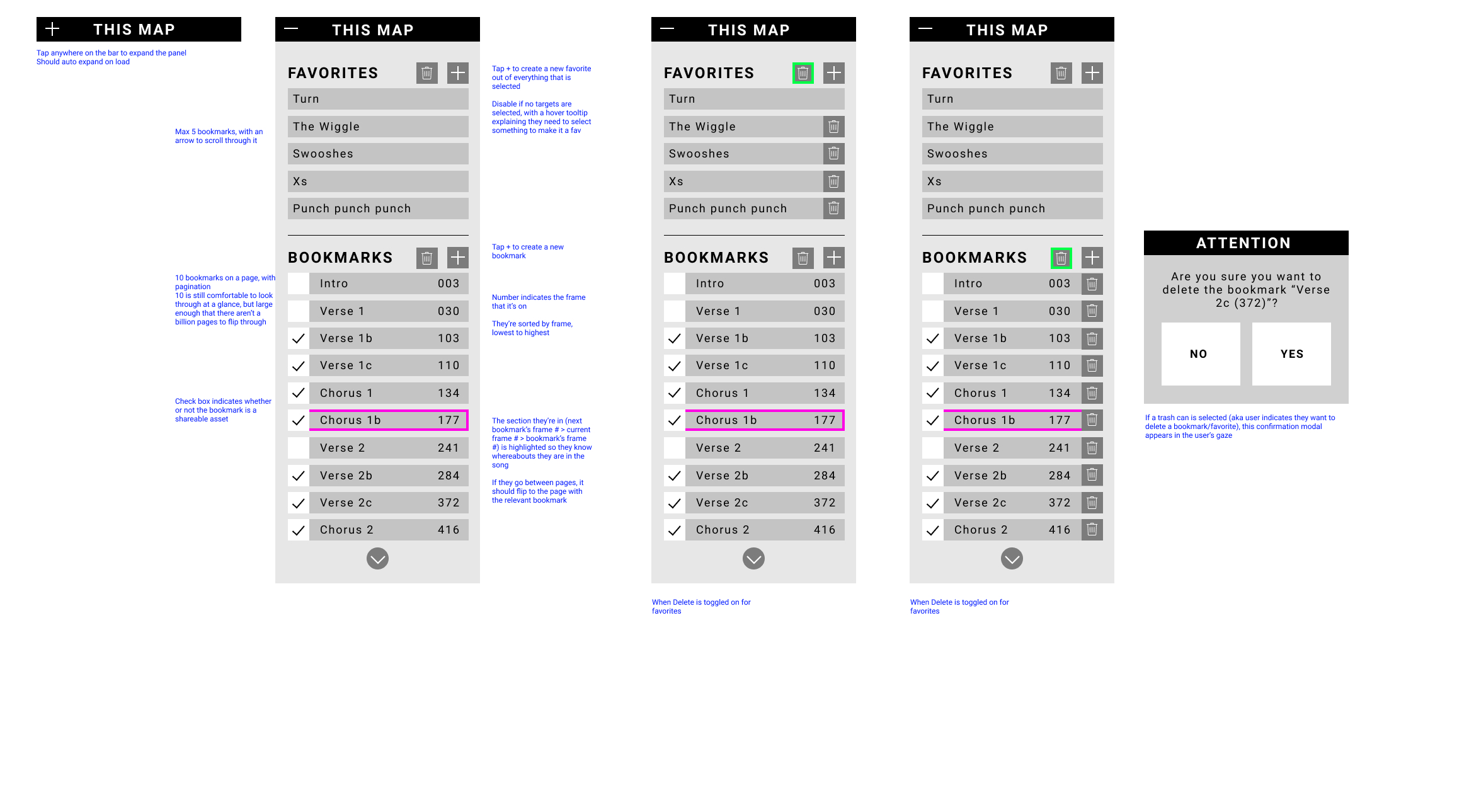 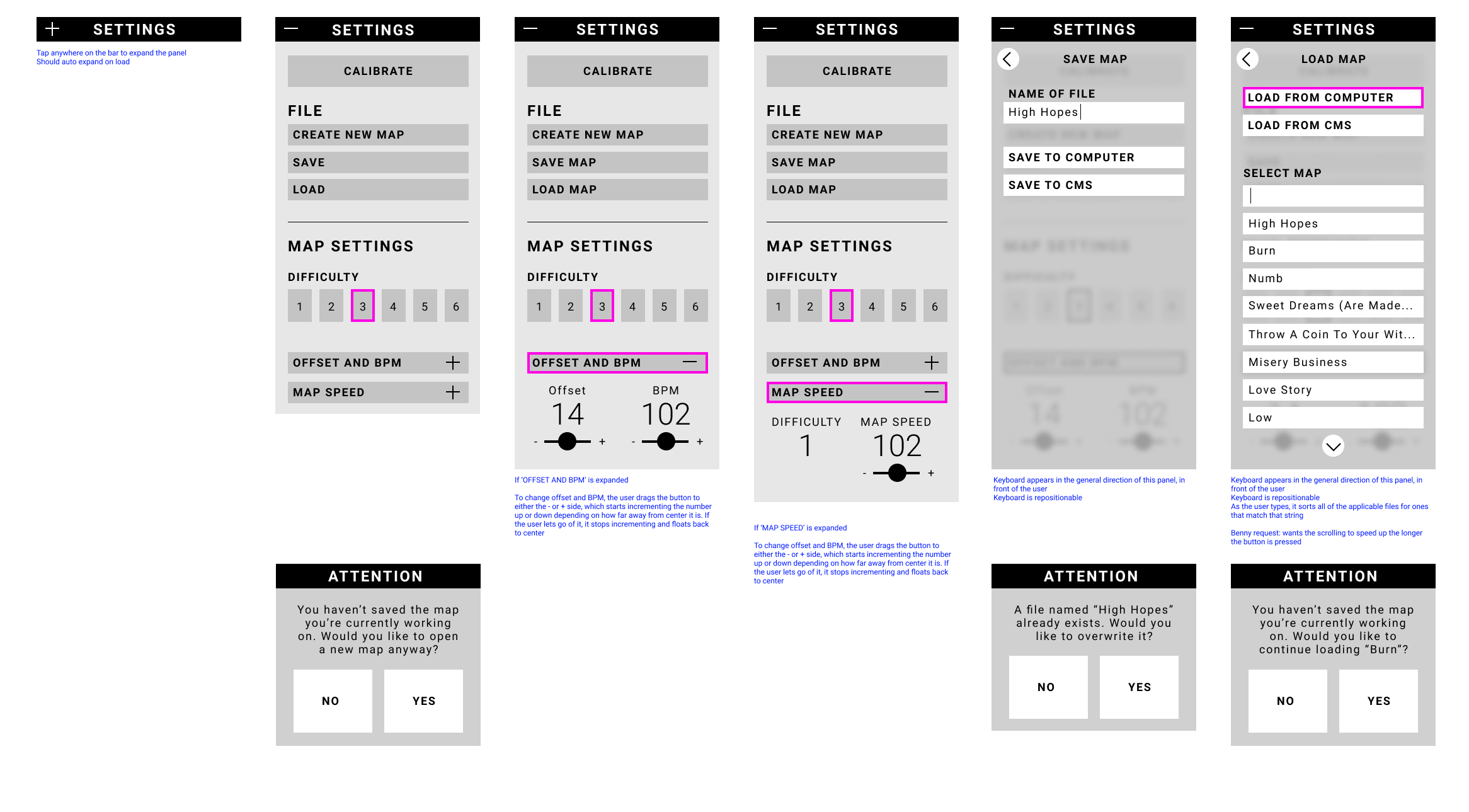 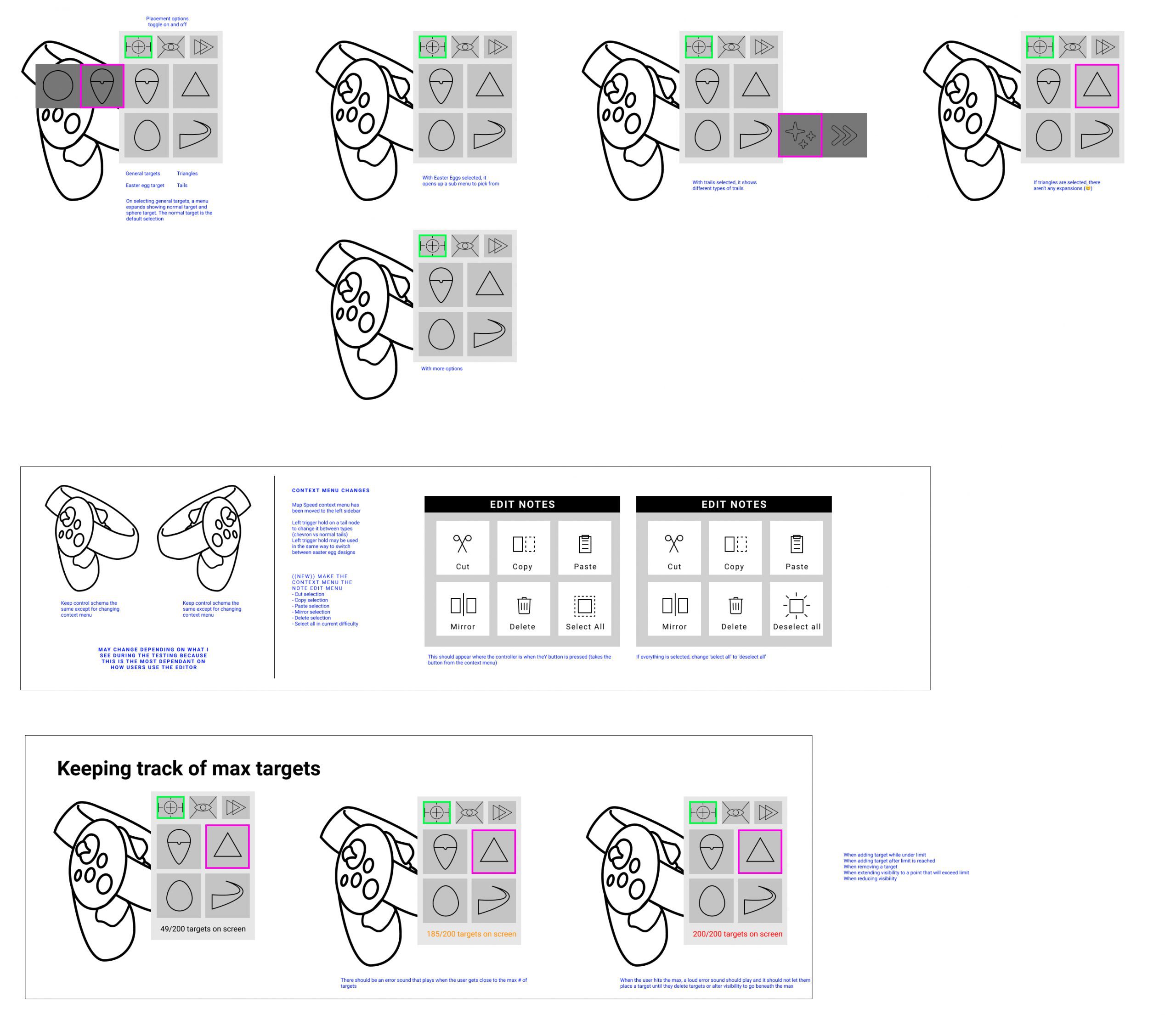 This was a quick reskin of the interface in order to make it more legible and readable for new users. Additions, such as labels for menu items, allow for our users to pick up controls quicker. 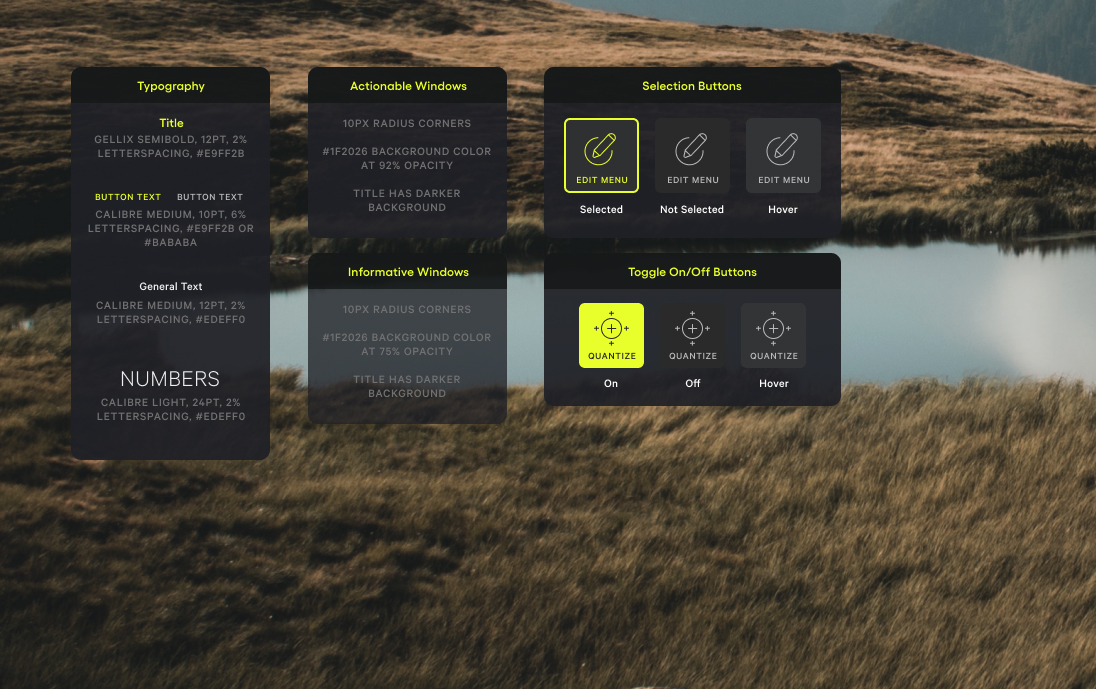 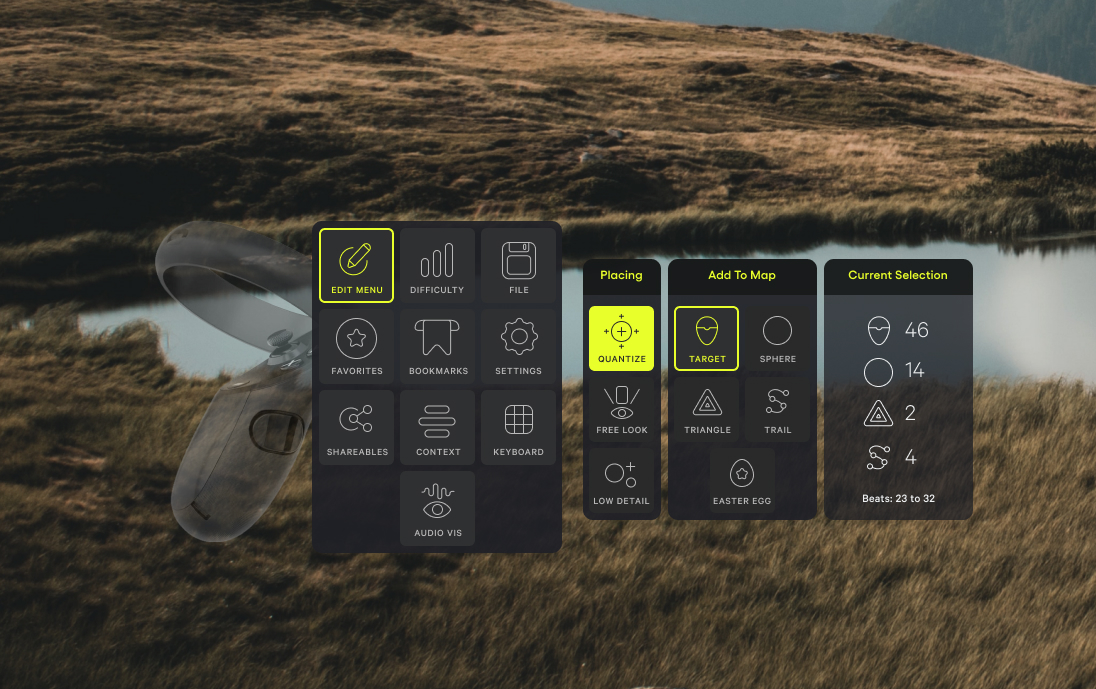 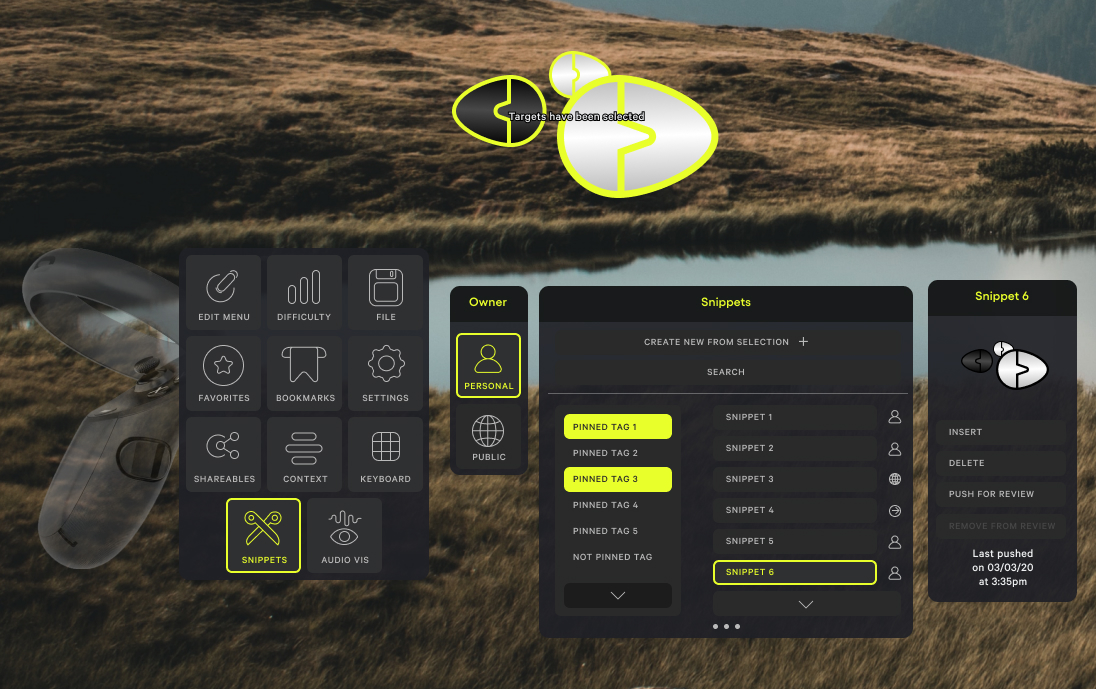