A 3D model that I created of the two trees of Valinor. I worked on all aspects of the pipeline—concepting, modeling, texturing, exporting, and uploading.

I modeled and textured everything in Blender, then uploaded to Sketchfab. 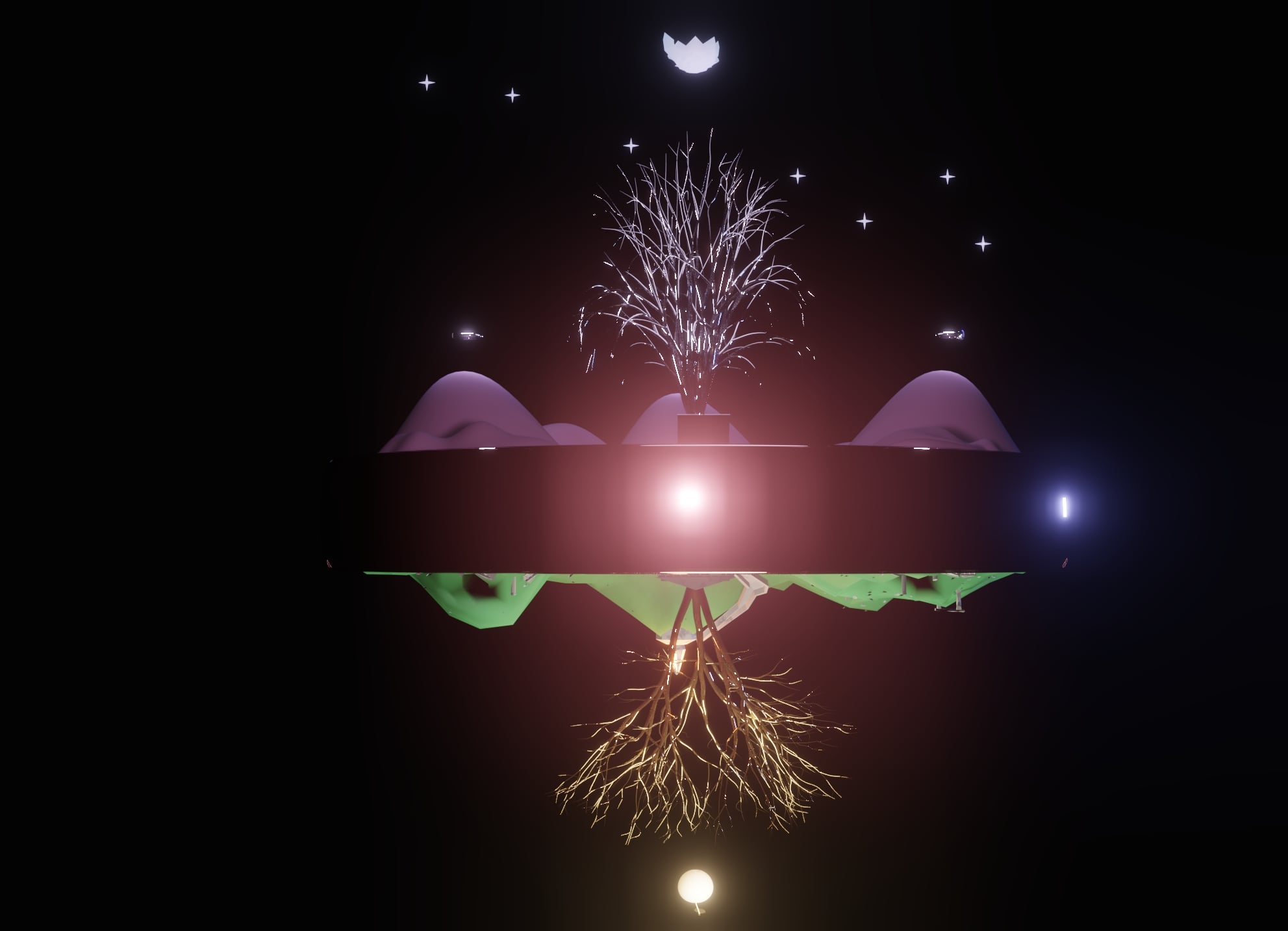 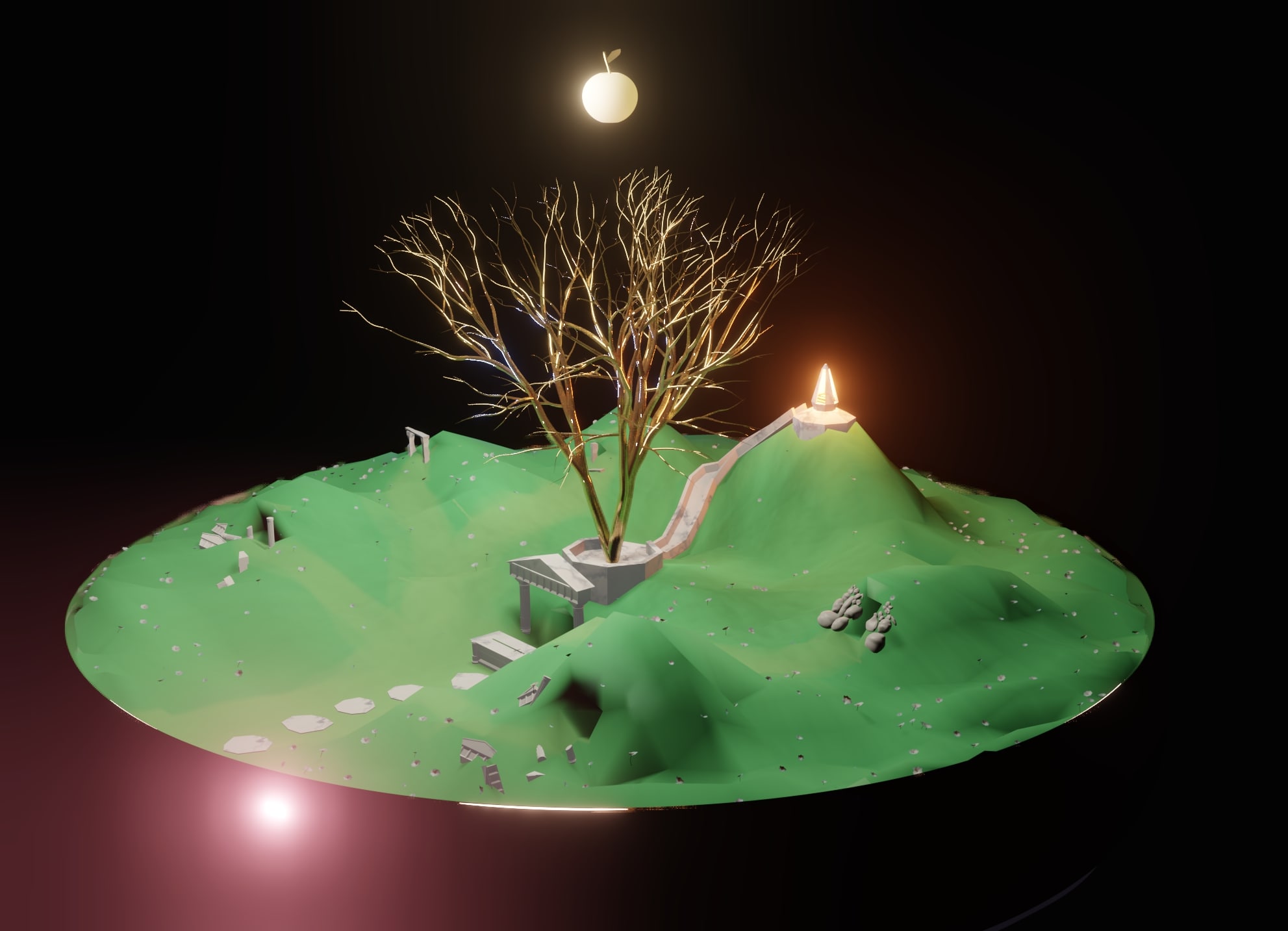 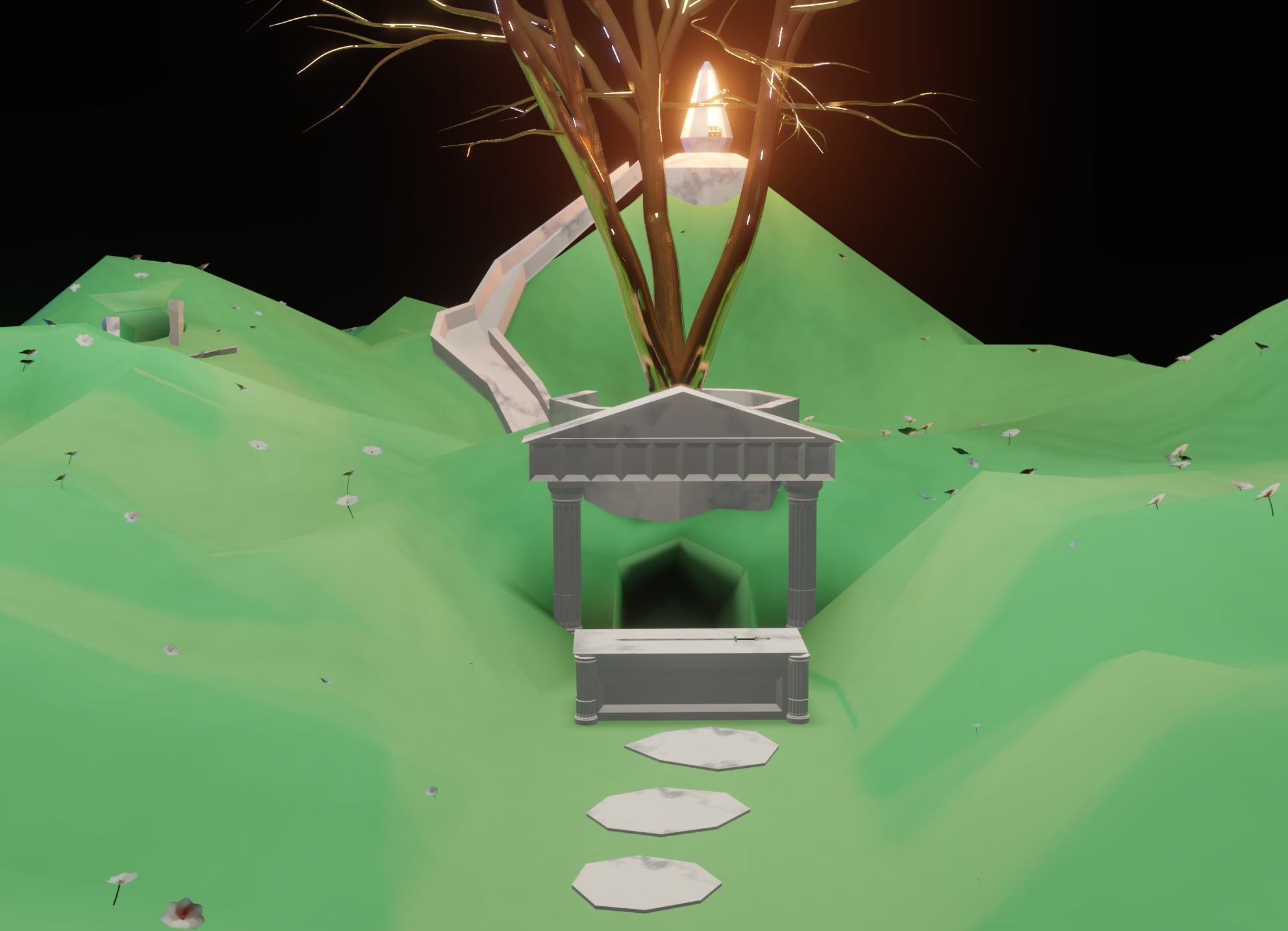 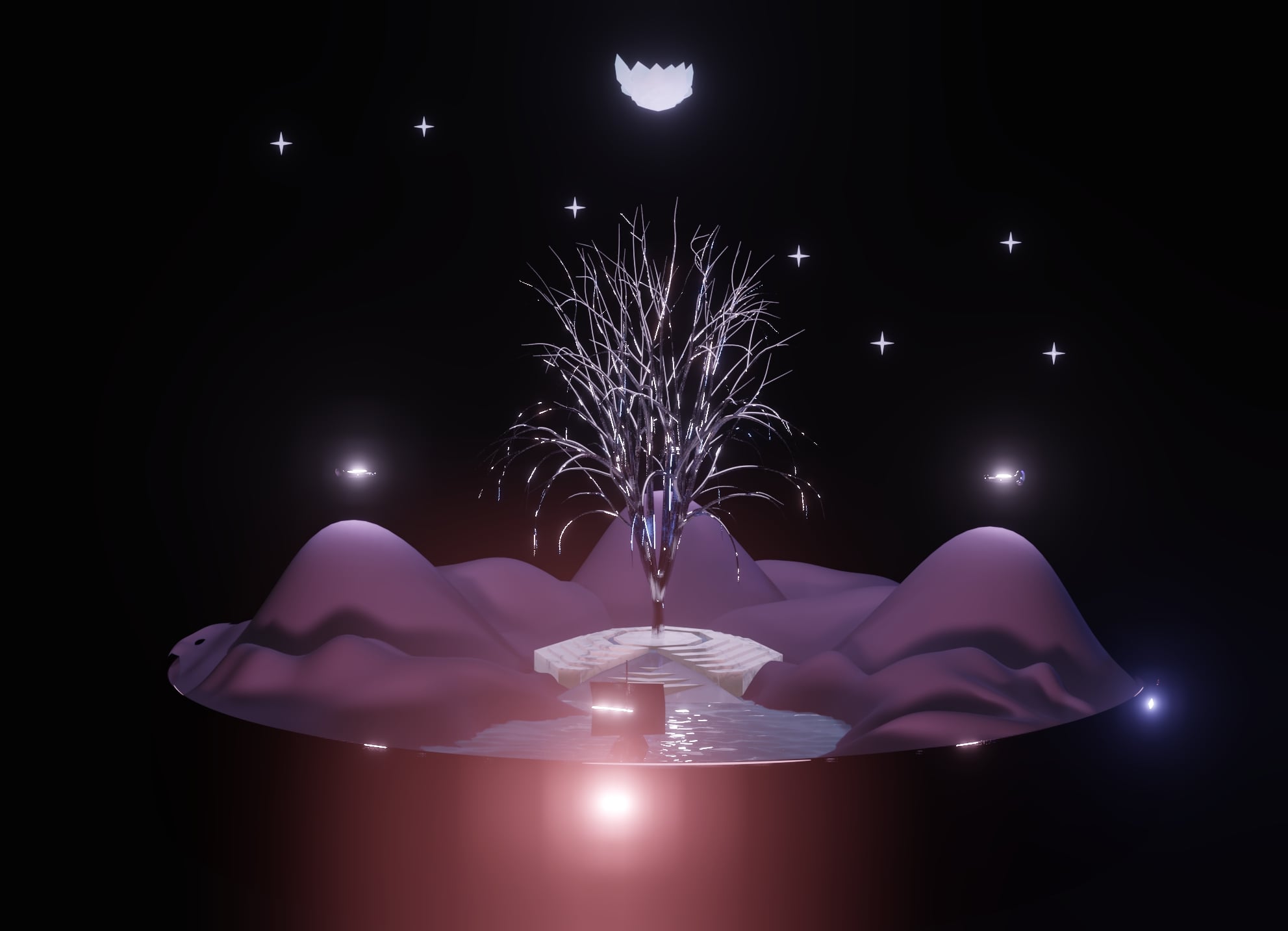 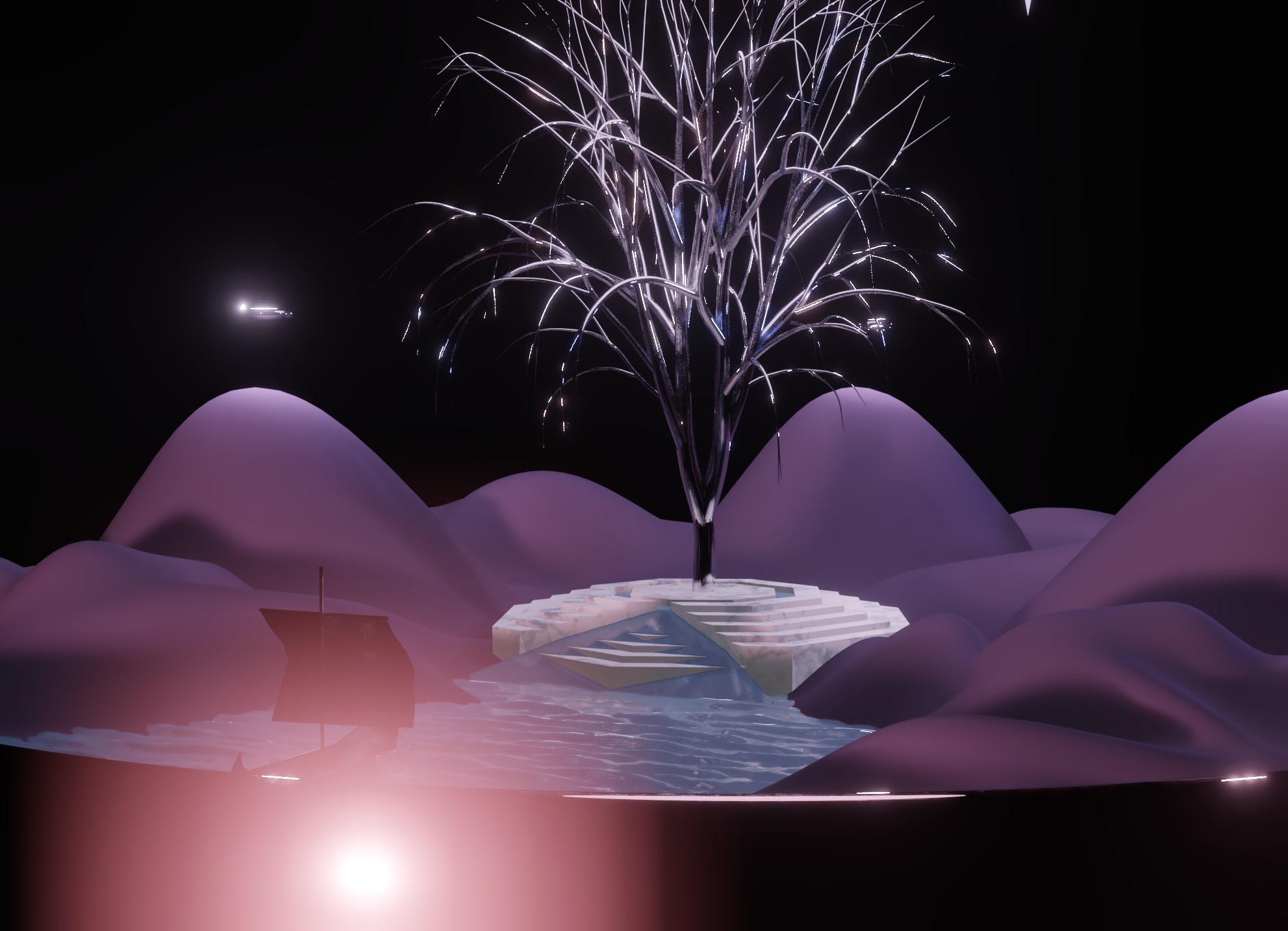 Within the Tolkien legendarium, the two trees of Valinor were the original sun and moon. The two trees gave off light–Laurelin gave off a golden light while Telperion gave off a silver light. They were destroyed by Melkor, one of the original gods of the world, and the spider Ungoliant, thrusting the world into darkness again. However, a fruit from Laurelin and a flower from Telperion were saved and these were placed in vessels that were sent into the sky to become the sun and the moon.

I leveraged the lore that the story came from to further push this idea of duality.  In the Silmarillion, the book where the story of the two trees can be found, a lot of focus is put on the two main races of the world—elves and men. I decided to integrate that into the piece.

Because elves loved Telperion more, I depicted Telperion with the three elven rings, a silver ship, and a mystical shoreline with many hills. These symbols are taken directly from Tolkien lore and are important symbols to the elven race—the rings represent sustained life, the ships represent sailing off once they are tired of Middle Earth, and the hills represent the Undying Land of Valinor.

Since the elves associated Laurelin with the race of men, I depicted Laurelin with burial cairns, ruins from different ages, a beacon of Gondor, and the sword Anduril. These symbols represent the gift of men—the ability to die—along with being important symbols throughout the history of the race. I tried to include ruins from different ages from real history to show the passage of time. 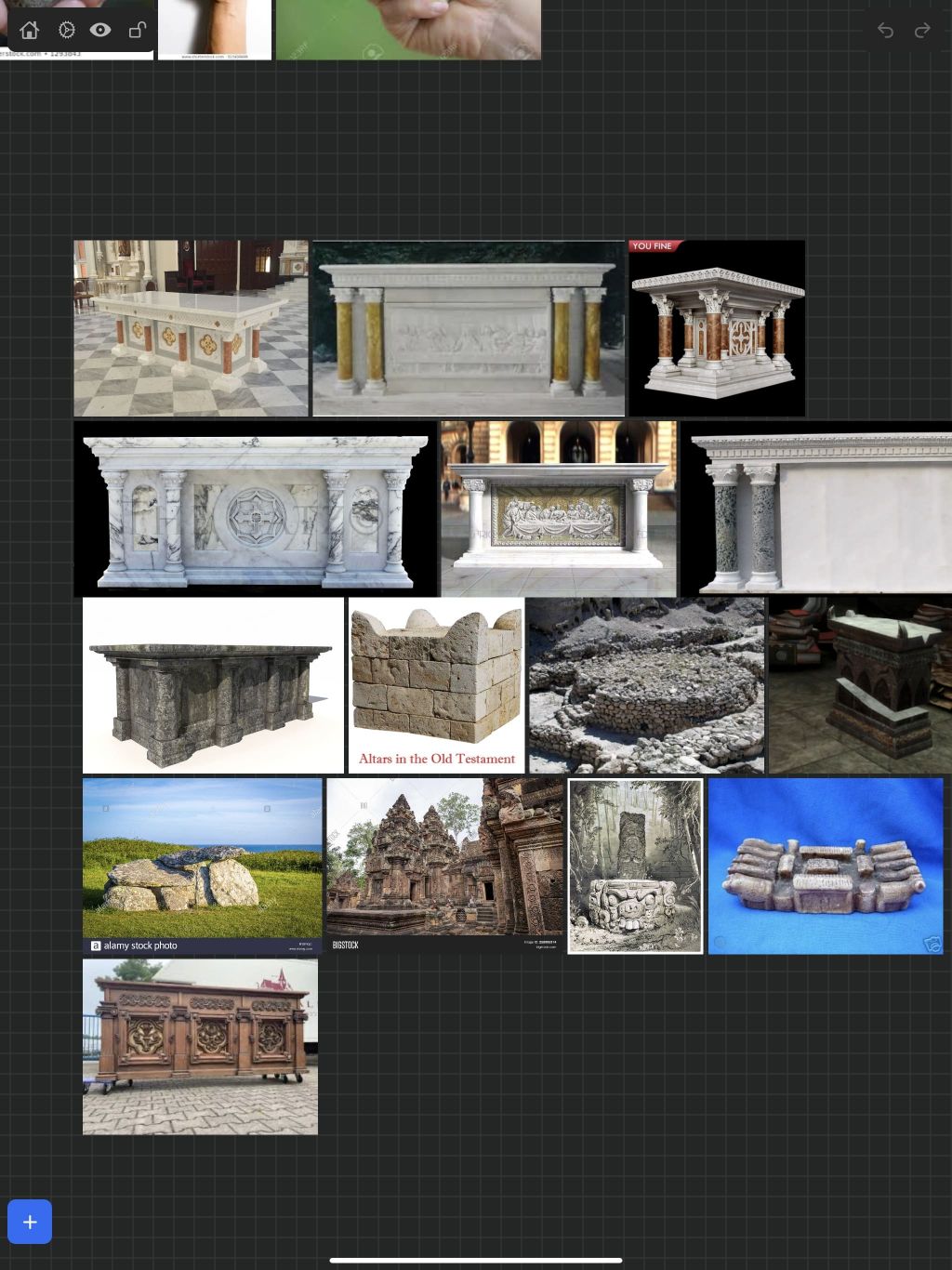 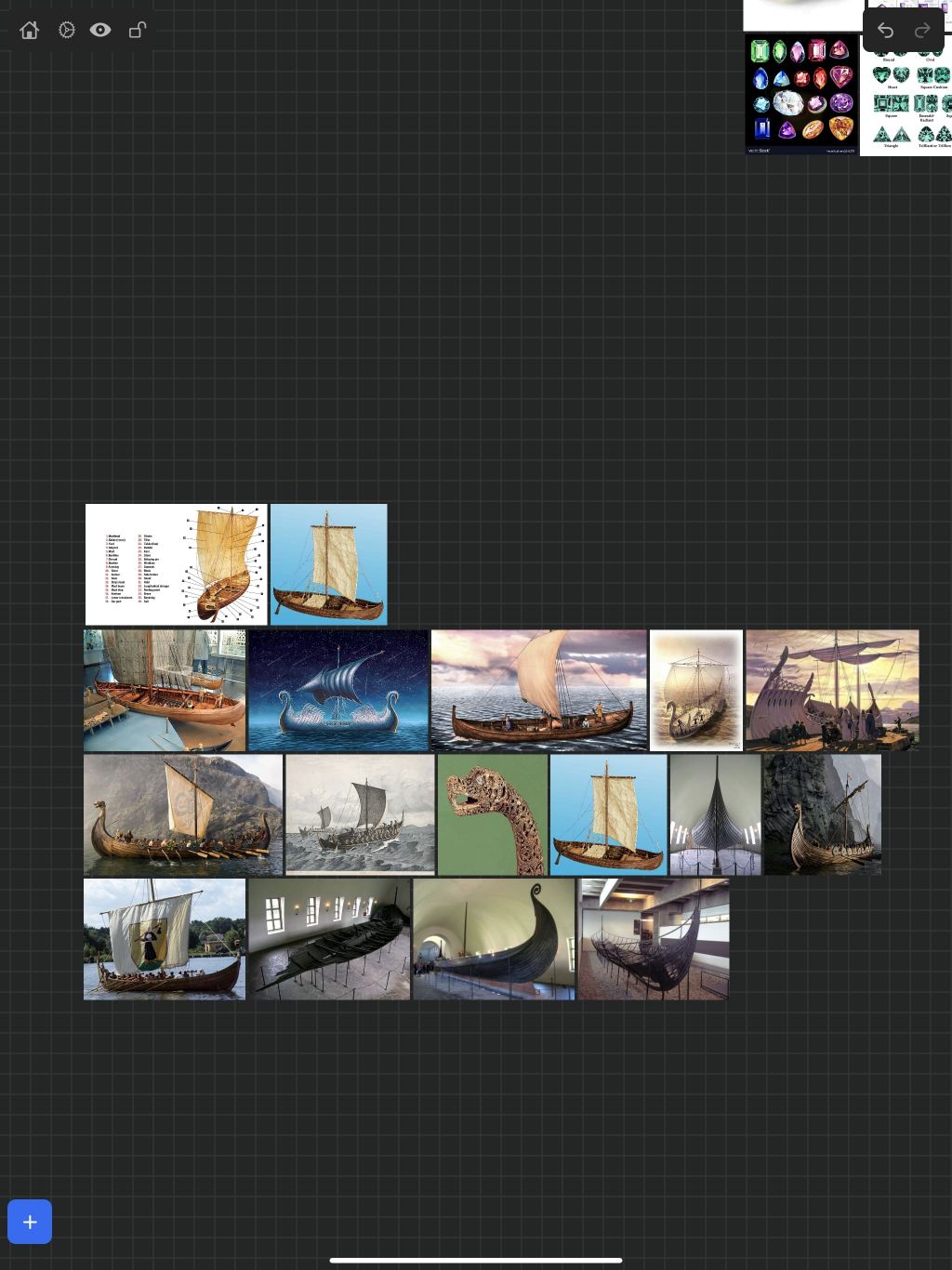 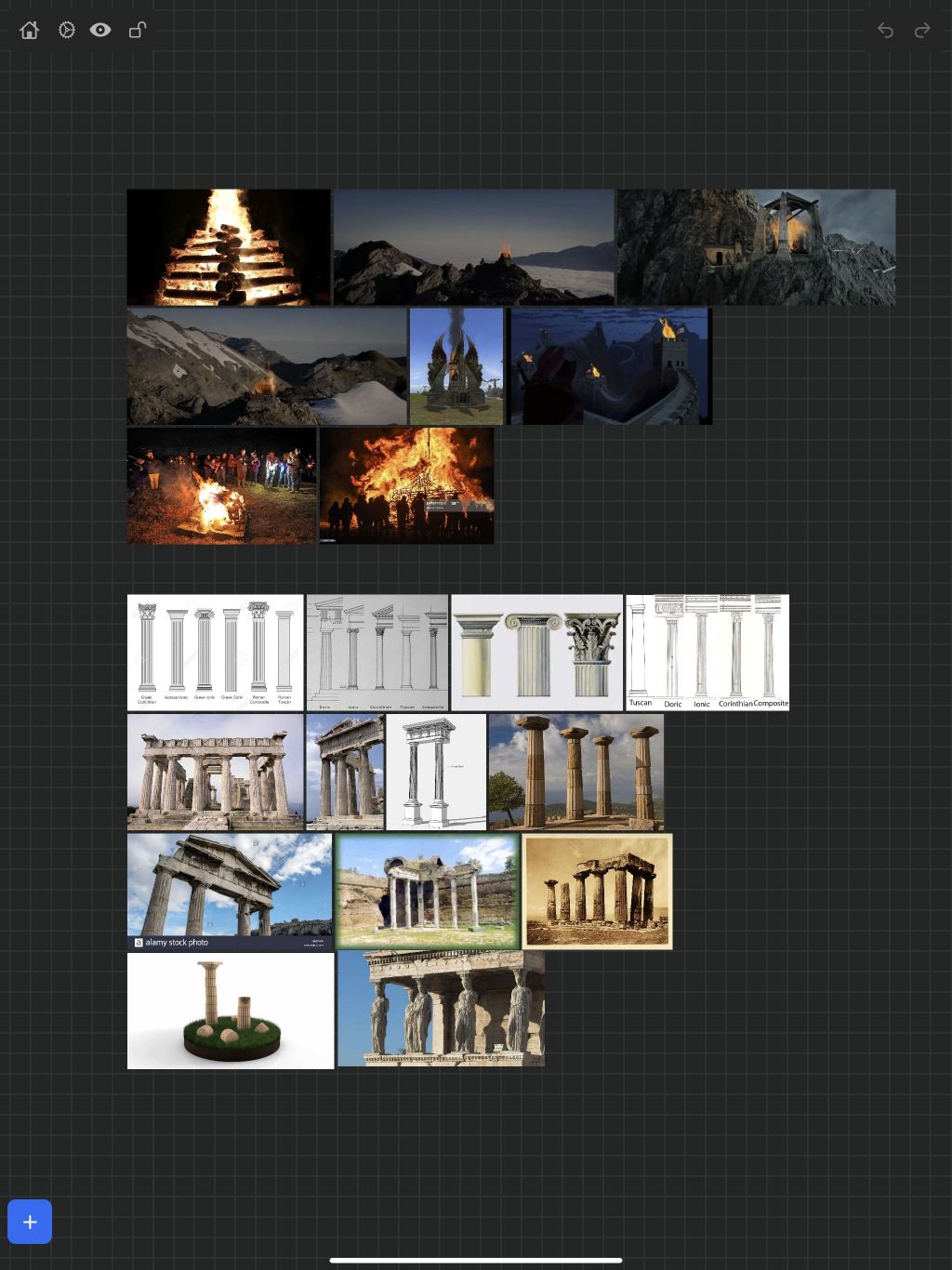 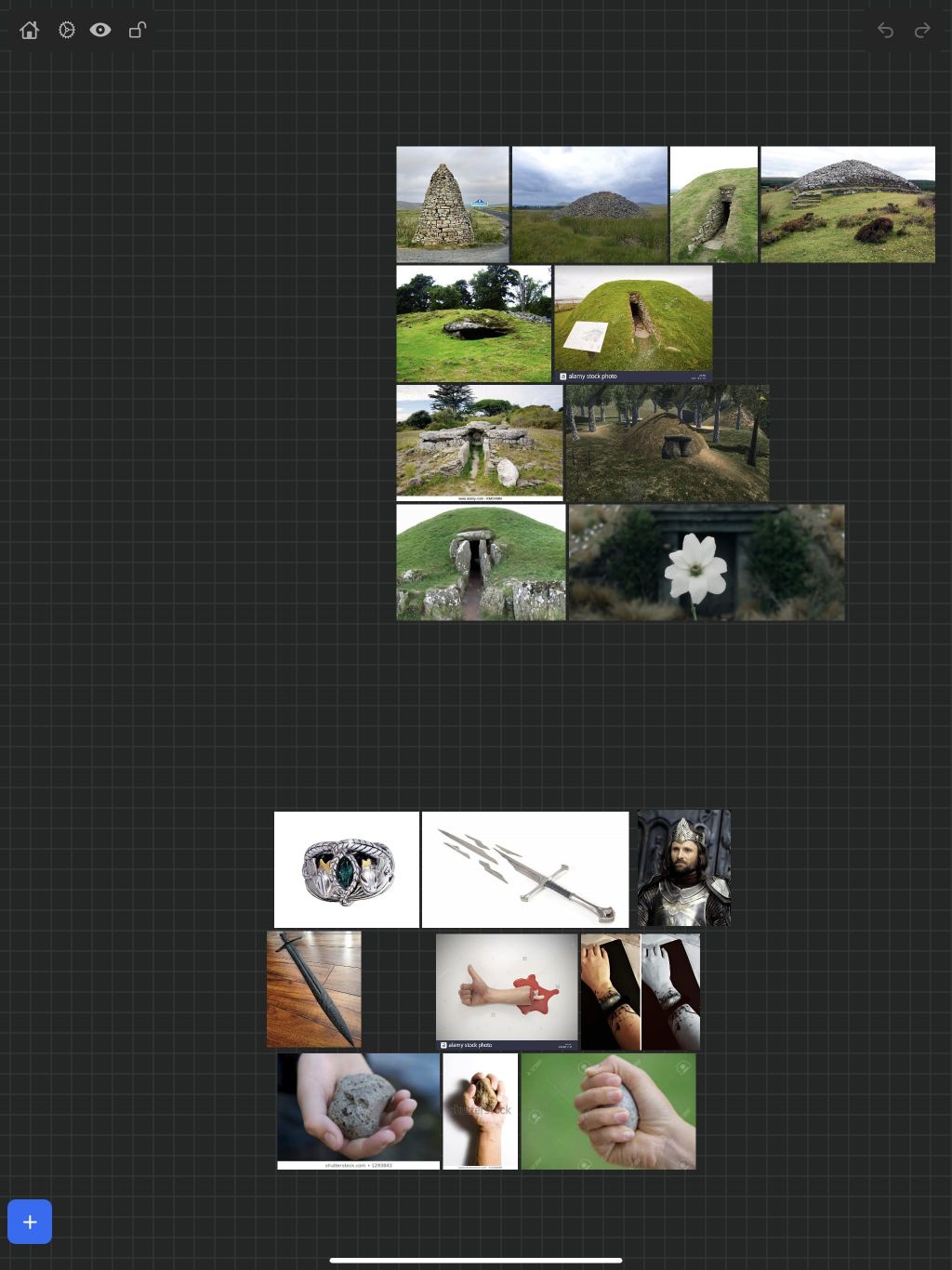 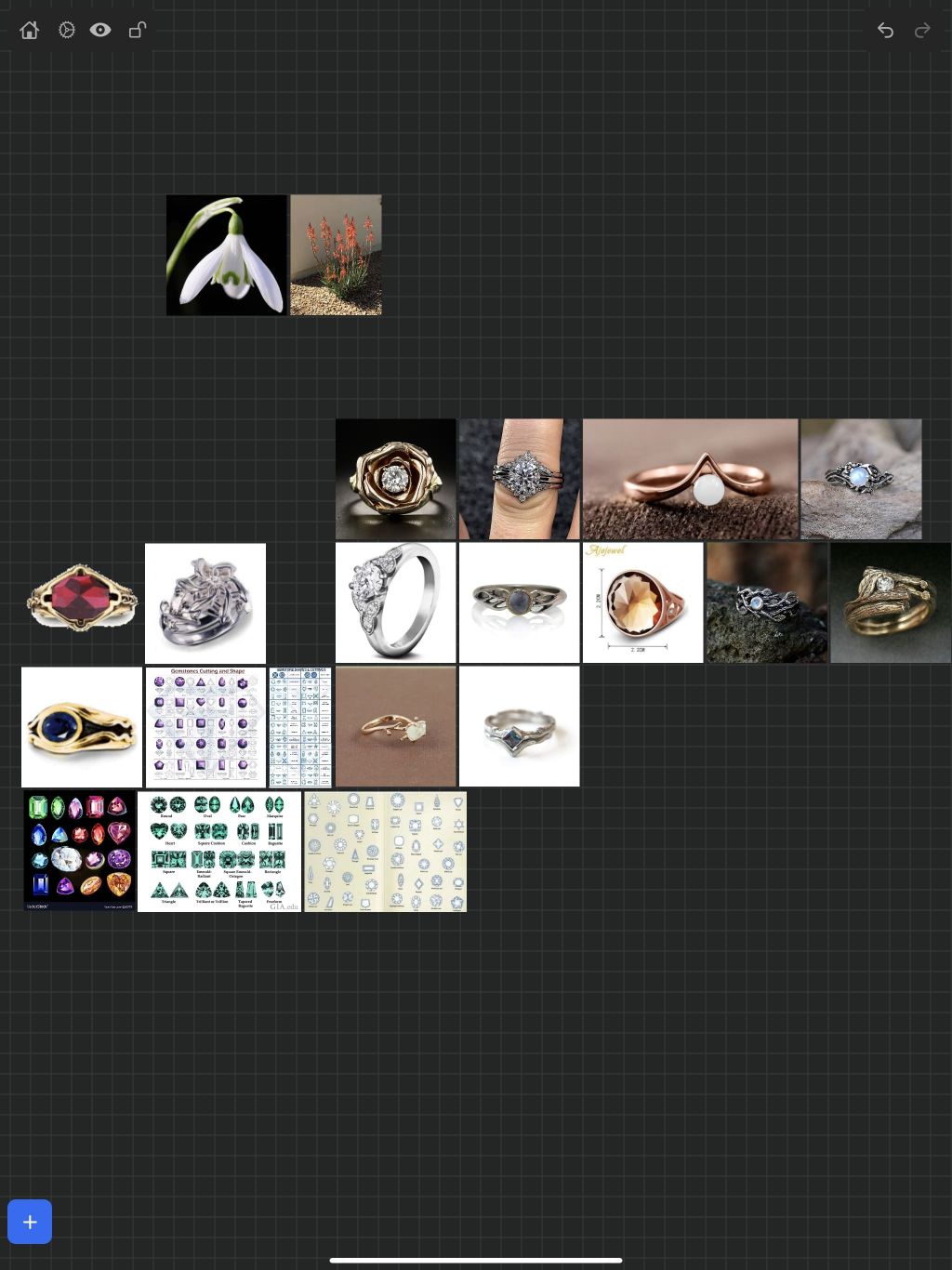